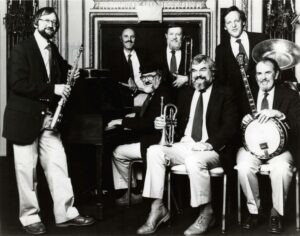 “This session is not simply a historical record. It’s the culmination of 14 years of gigs, tours, festivals, recording sessions and lots of rehearsal: spontaneous, honest, and stunningly recorded, it’s the best we could do and the best we’ve done.” — Eli Newberger 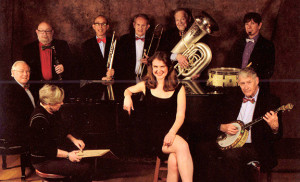 “Eli discovered Rebecca Sullivan in 2013 while mentoring her in the Contemporary Improvisation program (formerly known as Third Stream) at the New England Conservatory of Music. Rebecca confessed her love of jazz balladry, and it wasn’t long before she was sitting in with Eli’s band She made an immediate hit with the musicians, working within the group’s seamless improvisations with an intuition bordering on telepathic.

The Hot Six doesn’t even rely on what musicians call “head arrangements.” Each performance is unique and never to be repeated – yet the rollicking jazz on the group’s new disc bears repeated listening and withstands fussy critical analysis. Despite playing jazz for the sheer love of the music, each musician in the band is an undisputed master of his instrument – and each is a collaborative composer and arranger, working on the bandstand in real time.”
— Andy Senior, The American Rag 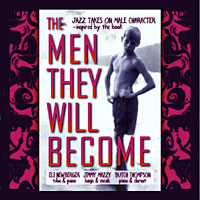 “The vocals (on all but two instrumental tracks) are all by Jimmy Mazzy, who is obliged to sing some incontestably female lyrics with lines such as ‘Come on and kiss me, Peter, do’ and ‘I’ve had a man for 15 years’-a convention I personally find a little unsetting! Mazzy is actually a very good jazz singer. He has developed an individual style, with a expressive, husky, crooning delivery, and imparts spirited dynamics to the lyrics. He is also a very capable banjoist, and contributes fluent single string solos in Harry and Everybody Loves My Baby. Leader Eli Newberger, of the Black Eagle Jazz Band, is also an assured and articulate soloist, with considerable technique and melodic ideas. Butch Thompson’s colourful piano, blending stride with Mortonish ragtime, romps along in upbeat vein and contributes sensitive solo passages in Ain’t Misbehavin’ and Old Fashioned Love. — Hugh Rainey, Jazz Journal (U.K.) 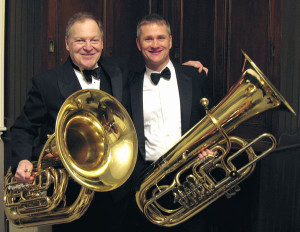 Lullaby for Amelia
Listen to the world premiere performance of “Lullaby for Amelia” by Howard Frazin, a duet for 2 tubas recorded at the Boston Classical Orchestra concert in Faneuil Hall on March 18, 2007. Soloists: Mike Roylance, F Tuba (the higher one), Eli Newberger, C Tuba. 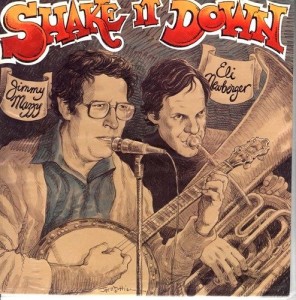 “Mr. Newberger’s tuba is often surprisingly light and lyrical as it sings melodies softly over the banjo’s backing. It has unusual expressive range. On Ma Rainey’s “Jelly Bean Blues,” it sounds utterly forlorn, and on Jelly Roll Morton’s “Chicago Breakdown,” it has the attack of a charging bull elephant. Gershwin’s Prelude in C sharp minor, is played by Mr. Newberger as a whimsical gimmick – a duet with himself as he fingers the tuba valves with one hand and plays the piano with the other. Forgetting the tour de force and simply taking it at face value, it is a charming and remarkably unaffected performance.” — John S. Wilson, The New York Times 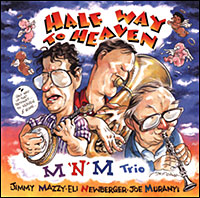 “Adding Joe Muranyi to the mix with Mazzy and Newberger creates many more possibilities, arrangement-wise, and they take full advantage of the opportunities. Muranyi is a musician who has absorbed little bits from the styles of many, many great clarinetists from the history of pre-bop jazz to create his own whole, original style. Facile, imaginative and often exciting, yet always fitting in with the group, he never uses gratuitous and unnecessary technical displays to impress his audience, relying instead on musical substance.” — Ted Des Plantes, The Mississippi Rag

“On Halfway to Heaven, one of the better renditions is that of “Don’t Forget to Mess Around (When You Do the Charlestion),” with Mazzy providing a great vocal and taking part, as he scats, in a fine exchange between himself and the tuba, with Muranyi doing his stuff on the clarinet.” — George Borgman, IAJRC (Int’l Assoc. of Jazz Record Collectors) Journal 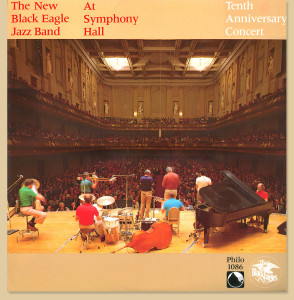 “The audience was responsive to the briefest solo, and the band seemed to react with a souped-up elan. The list was long and lively: “Buddy’s Habit,” “She’s Crying for Me” with Newberger playing finger cymbals; Duke Ellington’s “Misty Morning,” in which Pringle’s solo was lyrically gossamer and, as others sat out, Newberger’s cogent stana with Bullis’s rhythmic strums triggered a spontaneous ovation.” — Ernie Santosuosso, Boston Globe

“The New Black Eagle Jazz Band was more New Orleans in style, riding on the strong, thumpy beat of banjo and tuba instead of a string bass, and its material drew on such New Orleans natives as Jelly Roll Morton and Louis Armstrong as it built lusty performances, which were driven to hair-raising climaxes by Eli Newberger’s ebullient tuba.” — John S. Wilson, The New York Times 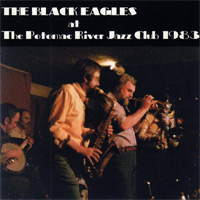 The Black Eagles at The Potomac River Jazz Club 1983 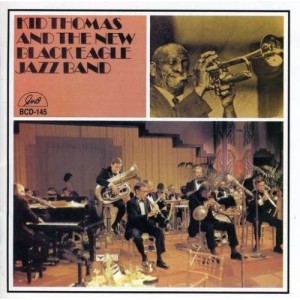 “One of the most interesting pieces on this new release is a treatment of Duke Ellington’s “The Mooche” that milks the tune for all its ominous misterioso possibilities and gives Eli Newberger an opportunity to play one of the raunchiest tuba solos ever recorded.” — John S. Wilson, High Fidelity