Music and medicine interweave every day in Eli Newberger’s life. After high school, when he studied piano, organ, and theory at Juilliard and tuba with William Bell of the New York Philharmonic, he went to Yale, majoring in music theory and graduating as a Scholar of the House in Music in 1962. His eight-year stint (1958-66) as tubist with the New Haven Symphony was his last serious flirtation with a classical tuba career.

After completing an internship in internal medicine at the Yale-New Haven Hospital, Dr. Newberger, his wife Carolyn, and their infant daughter Mary Helen, headed to West Africa for 2 years where he served as a Peace Corps physician. On completing his residency at Boston Children’s Hospital, during which he completed an epidemiology degree at Harvard School of Public Health, Dr. Newberger joined the pediatrics faculty of Harvard Medical School. His research, clinical philosophy, and many publications reflect a deep devotion to improving the protection and nurturing of children and to strengthening parent-child relationships. They have been acknowledged with numerous local and national awards. 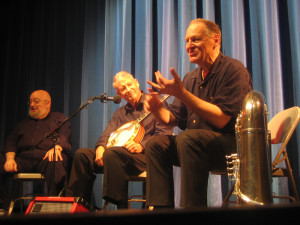 As co-founder of the New Black Eagle Jazz Band in 1970, he began on piano, switching to tuba in 1971, and over the subsequent 30 years made over 40 recordings and hundreds of concert and festival appearances across the U.S. and Europe. 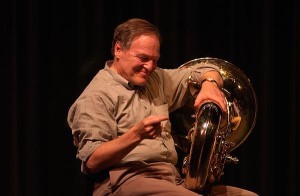 His most recent classical foray was in March, 2007, when, with the Boston Classical Orchestra, and Mike Roylance, principal tuba of the Boston Symphony, he gave the premiere of Howard Frazin’s concerto for 2 tubas and chamber orchestra. With Mike Roylance, he recently organized the Cupcake Philharmonic to perform the children’s classic, “Tubby the Tuba,” and similar works.

Among his many musical acknowledgements, Dr. Newberger won the 1999 Mississippi Rag reader’s poll for best traditional jazz tuba player, and twice previously, the Jazzology Magazine poll. He serves as a trustee of the Berklee College of Music, an overseer of the New England Conservatory of Music, and President Emeritus of Massachusetts Citizens for Children.